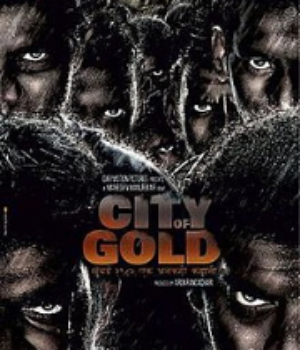 The movie highlights the plight of mill workers and their struggle to survive within the political nexus of the big and powerful. The movie’s story revolves around a poor family of mill workers which include Baba, his brothers Naru, Mohan and sister Manju. Only Mohan has a decent job as an accountant while Naru and Baba are unemployed. Their father is awaiting the unpaid due from his work at the mill where the owner’s son-in-law wants to start a real estate business. He needs a NOC from the mill workers in order to go ahead but they refuse.

The families suffer due to the closing of the mill. Manju gets pregnant and she learns that her lover was already married. Their father has a paralytic attack and gets bed ridden. Naru gets involved with a local gangster. One by one everyone has gone off track and living a risky life. Life for the mill workers gets miserable and in desperation they sign the NOC but not giving a resignation letter lets them restore half the mill. Just a few days later the remainder mill is exploded and the workers lose the little hope they had and goon a strike. Naru get a contract to kill someone whose name isn’t disclosed by his gangster boss. He later realizes he has killed his best friends father and gets killed by his friend in return.

The movie is directed by Mahesh Manjrekar and produced by Arun Rangachari and Om Raut. The music is composed by Ajit Parab.