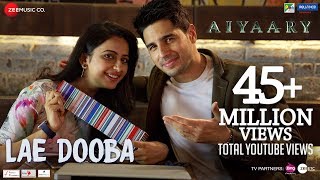 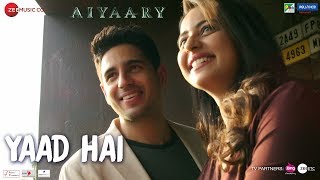 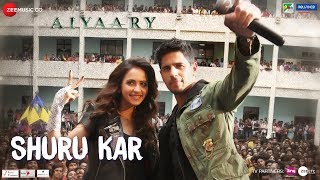 With the film Brothers, Sidharth Malhotra proved he has the ability to Act! Sidharth Malhotra’s best performance till date is in the film Brothers opposite Superstar Akshay Kumar. In an interview Sidharth said, “My biggest problem was performing action scenes with Akshay Sir because to match up to his standard was simply not possible as he is king of action films and himself a martial arts champion. Hence to make me comfortable, film director Karan Malhotra, asked me to gain 10kg of weight and requested Akshay Sr to reduce 10 kg weight. This was done intentionally so the audience is convinced that I look like a tough guy, who has the physique to challenge the mighty Akshay Kumar.” He added, “To transform myself into my character who looks believable, took me four months. I used to train five-six hours a day with international trainers, then with my gym trainer, then for the recovery ice bath. So those four months were a great transformation phase where I ate, lived and breathed my character. I had stopped all socializing and party and just focused on my character, which ultimately paid off as both film buffs and film critics appreciated my performance and filmmakers took me seriously that I have the ability to Act!”

At the age of 16 Sidharth Malhotra was spotted by Elite Modeling An average student at school, Sidharth Malhotra, did not know where his career was heading for, when he was noticed by Elite Modeling at the young age of 16 and soon his life looked set with advertising and photo shoot assignments flooding him. His advertising career got a boost when he won the prestigious Face of the Year Award at the popular Gladrags men’s pageant in 2009. Recalling his advertising career, Sidharth Malhotra said, “By the age of 20 years I was the most popular model not only in India but abroad. I had the distinction of doing ramp shows in the fashion capitals of the world - Paris, Milan, New York. I even modeled for international designer, Roberto Cavalli.” He added, “I was doing modeling because it gave me ample money and also groomed my personality but on creative front it was a big zero. Hence bored by repetitive photo shots and ramp walks, I quit modeling at the age of 21.” Sidharth Malhotra lost few lucrative Bollywood offers While doing ramp walks shows, Sidharth was once noticed by celebrated filmmaker Madhur Bhandarkar, who was making a film on Fashion world. He auditioned Sidharth Malhotra for his film Fashion and signed him opposite Bollywood queen Priyanka Chopra! Sidharth was on sky nine but his dream was shattered when Gladrags put brakes as he had signed a bond with the company, to work exclusively with them. Later when he was free from Gladrags contract, another brilliant film maker Anubhav Sinha (The ShahRukh Khan’s Ra.One director) signed him for an untitled film. Hence he came to Mumbai and stayed at rented apartment. But despite 8 months of preparation, the movie did not take off and Anubhav Sinha, got busy with Ra.One, forgetting about the new comer Sidharth Malhotra.

Sidharth Malhotra maintains suspense about his relationship with Alia Bhatt Sidharth Malhotra and Alia Bhatt are seen together and have a good screen presence. In fact in a TV show, when Alia was asked about what kind of hubby she would prefer, she had confessed that he should be like Sidharth Malhotra. Though Sidharth Malhotra and Alia Bhatt may play hide and seek and maintain suspense with media about their love affair, but Sidharth Malhotra in a recent interview has given indication that he and Alia might marry after understanding each other. Recently Sidharth broke the ice. He said, “My parents are broad minded and have given us (my brother and me) liberty to select our brides. Further, I come from a background where we do not jump to marriage but understand each other well. My brother dated my bhabhi since he was 18 and he got married at 24-25. My parents were very supportive.” Thus readers may expect after dating for 4-5 years Sidharth and Alia may also follow suit and marry!

Frustrated with career in acting Sidharth Malhotra applied for Assistant Director Recalling his decision of joining films as assistant director Malhotra said, “Once I was riding in an auto rickshaw along with my friend, who worked as assistant director. During the journey he explained me about the profession and I decided to apply for the job as I felt it is better to first learn art of filmmaking and then try hand in acting.” As Assistant Director Sidharth Malhotra learnt nuances of acting from ShahRukh Khan While assisting Karan Johar during the making of My Name Is Khan, Sidharth Malhotra learnt a lot from SRK. In an interview he confessed, “I must confess that I learnt the nuances of acting by ShahRukh Khan during the making of the film. The amount of hard work and patience he showed in canning a single scene taught me that acing was not a cake-walk, instead it is a demanding and challenging job.” Sidharth informed, “Despite being such huge star, ShahRukh Khan is down to earth. During breaks, he would give me tips on acting and told me that an actor should always come on sets before the shooting begins so that he is used to props and location.” “Shah Rukh Khan’s advice during the making of My Name Is Khan, was a wealth, that I can never be able to earn in my life,” he quipped. Sidharth Malhotra blew Rs 50,000/- in one night to celebrate the signing of his first film Student Of The Year Soon after the release of My Name Is Khan, Karan Johar announced the making of Student of the Year (SOTY) and signed Sidharth Malhotra for the film. Recalling the day when Karan Johar signed Sidharth Malhotra for SOTY, Sidharth said, “Karan Sir gave me the signing amount of Rs 1.1 Lakh. I was so excited that I gave big bash to my friends and blew Rs 50,000 in one night! But in excitement I forgot that the credit card I was having had only Rs 20,000 limit. Thus I had to collect money from my same friends and this was embarrassing.” Student Of The Year Won laurels for Sidharth Malhotra Sidharth Malhotra won the prestigious Stardust Most Promising Debut Actor Award for his brilliant performance in the film. He played the role of Abhimanyu Singh, a scholarship student, from underprivileged family, who challenges the mighty son of wealthy, Rohan (played by Dhawan) to win an annual school championship. The movie was super hit and the success of SOTY opened doors of Bollywood and he was flooded with offers. Sidharth Malhotra created sensation with his next two films After mega success of SOTY, Sidharth Malhotra gave two consecutive hits viz. Hasee Toh Phasee and Ek Villain. What surprised the critics was that in both the films, Sidharth experimented with new characters. In Hasee Toh Phasee, he proved his versatility in comedy and in Ek Villain, he displayed he is not just a chocolate hero but an actor of substance and come out with flying colors playing a power packed anti-hero.

The Veteran Producer Anand Pandit Has A Slew Of Interesting ...

Bhediya Trailer To Be Screened With Drishyam 2, Ram Setu, An...