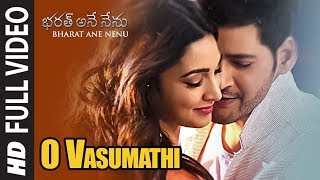 Kiara out beat top stars like Shraddha Kapoor and Kriti Sanon Just one film old Kiara Advani gave run for the money for top Bollywood actresses like Shraddha Kapoora and Kriti Sonan in the race to grab the vital role in Neeraj Pandey’s film MS Dhoni- The Untold Story. According to film maker Nearaj Pandey he had tough time selecting an apt actress in the role of Sakshi, the wife of Dhoni because Sakshi had been expose much on TV and social media hence he was afraid that people would surely make comparison. Hence after lot of pondering and rejecting many actresses from Shradhha Kapoor to Kriti Sanon the unit settled for Kiara because she was not only fresh and but she thrilled everybody in her audition with her remarkable spontaneity. Her chemistry with Sushant Singh Rajput was mind blowing during audition and Neeraj was spellbound to cast Kiara in his film. The film was a runaway hit and made Kiara Advani a star!

Wanted to be a film actress since the age of two Though Kiara Advani’s father is a businessman and her mother a teacher but she has inherent acting genes from her great grandfather, who happens to be Indian Cinema’s First Superstar of the 30’s and 40’s Ashok Kumar. Besides she is also the grand-niece of another great acting stalwart Saeed Jaffrey, who played the superlative role the adorable paanwala in Chashme Baddoor (1981). From the tender age of two years young Kiara adored mirror and would love to get herself clicked and dreamt of becoming an actress like her idol Madhubala. Despite scoring 92% in class XII, Kiara did not go aboard as her other friends Kiara did her education from Mumbai’s most renowned Cathedral and John Connon School, where generally the children of the rich and famous study. Hence after class XII when most of her friends went aboard for further studies, Kiara stunned all her friends by joining Mumbai’s humble Jai Hind College and did her graduation in Mass Communications because she had made up her mind to become a actress. The degree in Mass Communication escalated her personality and improved her speaking skills, particularly in public. Later she took proper training in acting from Mumbai’s prominent acting institutes like Anupam Kher’s School of Acting Actor’s Prepares and Roshan Taneja’s Institute. This training in acting boosted her confidence and polished her skills in acting. Kiara Advani is indebted to Aamir Khan’s film 3 Idiot It may sound strange but it’s true that Kiara is indebted to Aamir Khan’s film 3 idiots because Kiara’s father was dead against her daughter joining films but Kiara was adamant to join films. Hence there was strain between father and daughter, until one day her father happened see Aamir Khan’s film 3 Idiots. The movie had an amazing transformation to his outlook towards films . Thereafter her father gave her and her brother Kariya permission to do whatever they were passionate about!

Salman Khan played a pivotal role in giving Kiara her first break Kiara Advani’s mother Genevieve Jaffrey and Salman Khan were close friends from the days when Salman Khan was not even a film star. They used to cycle together and had a lot of fun. Incidentally Kiara’s father Jadeep Advani too has good relation with Salman Khan and his family. Hence after completing her training in acting when Kiara was ready to be launched Salman Khan recommended actor Akshay Kumar, who was producing Fugly, with newcomers, to cast Kiara in the lead role. Akshay agreed. Fugly was a semi-hit and it marked the entry of Kiara in Bollywood. It may be noted that Salman Khan rechristened Kiara from Aliya as the film industry all ready has one Alia Bhatt! Kiara Advani met Sakshi Dhooni to learn the nuances of the role After being selected for the role of Sakshi, Kiara read a lot about Dhooni and Sakshi’s love story. In fact she even met Sakshi personally. Kiara in an interview said that like any other ordinary girl, Sakshi has no starry tantrums. She is simple and grounded. She gave her pictures of her younger days when she first met Dhooni and shared a lot of details that helped Kiara to develop her character more realistically. Also the pictures helped Neeraj Pandey, the film director to style her hairs and her dressing sense that gave authenticity to the character. Kiara Advani did Abbas Mastan’s Machine without audition Popular filmmaker Abbas and Mustan who made ShahRukh Khan, Kajol and Shilpa Shetty star with their film Bazigar (1993) were impressed by Kiara’s performance in the film MS Dhoni- The Untold Story and offered her the role without even taking any audition. The best thing that Kira loved about her role was that it gave her ample scope to display her histrionics and her physical ability, particularly the car racing scenes. The climax where she has an emotional outburst was quite challenging and she won wide acclaim from both the critics’ and film buffs. Kiara Advani set to storm South Cinema; Signed opposite Mahesh Babu After creating sensation in Bollywood by giving hit films like Fugly and MS Dhoni- The Untold Story, Kiara Advani, the new Bollywood sensation is set to storm down South Film Industry as she has been signed opposite South Superstar Mahesh Babu. According to reports director Koratala Siva has signed Kiara Advani, the sex serine from Bollywood in his Telugu film ‘Bharath Ane Nenu' (BAN). It may be noted Koratala Siva is the same director who gave recently record-breaking blockbuster Srimanthudu.

Ranveer Singh All Set To Collaborate With S. Shankar For Ind...