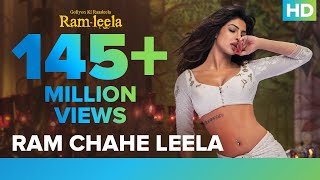 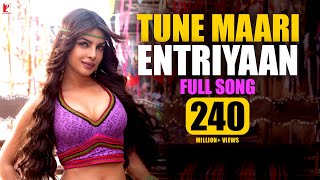 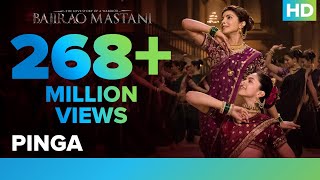 Priyanka Chopra is an incredible singer . Her father helped her in developing her interest in singing. She had recorded her first vocal talent in her early pageantry career, for the song, ' Ullathai Killathe in the Tamil film, Thamizhan in 2002. She got offers for singing too but she had declined her offers and decided to concentrate on her acting career. Her first song as a playback singer in Bollywood was "Chaoro" from Mary Kom in 2014. Priyanka Chopra has promoted' In My City' at the Reliance Digital Store in Mumbai and became the first Bollywood Star signed by Creative Artists Agency an entertainment and Sports Agency based in Los Angeles. She travelled to United States to work on her album in collaboration with Sam Watters, Matthew Koma and Jay Sean. The album was produced by RedOne. Her first single ' In My City, debut in the US in a TV Spot for the NFL Network's Thursday Night Football., the song was used to open each show of the season . The song was inspired by her unsettled Childhood and her journey from a small town girl to a celebrity. and trended on Number one on Twitter after its release. The song received mixed reviews from critics, and was a commercial success in India; it sold more than 130,000 copies in its first week, topped the Hindi pop chart and was certified Triple Platinum. In July 2013, Priyanka Chopra released her second single "Exotic' featuring American Rapper Pitbull along with its music video .She was 16 on the Billboard Dance/Electronic Digital songs chart. The single also entered at Number 74 on the Canadian Hot 100 Chart. and Number 44 on the Billboard Hot Dance Club Songs. Her third single cover , ' I cant Make you Love Me. was released in 2014 and is peaked at number 28 on the Billboard Hot Dance/Electronic Songs Chart.

Priyanka Chopra was born in Jamshedpur , in Bihar now Jharkhand to Ashok and Madhu Chopra who were both physicians in the Indian Army. Her father is a Punjabi and mother is from Jharkhand. Due to her parents occupation the family has relocated several times and to a number of places in India. She has been raised in Delhi, Chandigarh, Ambala, Ladakh, Lucknow and Bareilly and Pune. Therefore had attended schools La Martiniere Girls School in Lucknow and St. Maria Goretti College in Bareilly . She enjoyed travelling regularly and changing schools and welcomed it as a new experience and was happy to discover the multicultural societies she came across from an young age. Among the many places she lived she has fond memories of her childhood in Leh in Indian Desert of Jammu and Kashmir. She however considers Bareilly her home town and feels strong connections with the city. At the age of 13 Priyanka moved to the United States to study, living with her aunt and attending school in Newton Massachusetts and Cedar Rapids, Lowa after a stop in Queen's New York, as her aunt's family also moved homes frequently. While in Massachusetts she participated in several theatre productions and studied the Western classical music, Choral singing and learnt Kathak dance. After living abroad for three years she returned to India to finish her final year at her high school education at the Army Public School in Bareilly. During this period she won the ' May Queen' Beauty Pageant after which she was pursued by admirers, Her mother then entered her the Femina Miss India Contest of 2000 . Winning the crown at the Femina Miss India World title, Chopra went on to participate in the Miss World pageant where she was crowned Miss World 2000 and Miss World Continental at the Millennium Dome in London in 2000. Priyanka was the fifth Indian contestant to win Miss World . She had enrolled herself in college for higher studies but after winning the Miss World pageant, Priyanka Chopra started receiving offers for film roles. She is very close to her family including her younger brother Siddharth and in lives in an apartment on the same floor as her family. She was especially very attached to her father who died in June 2013 leaving Priyanka heartbroken for a few months. In 2012 she had got a tattoo reading' Daddy's Lil Girl in his handwriting. Having not come from a film background she sees herself as a Self-made Woman. Her mother a well established gynecologist in Bareilly gave up her practice to support Priyanka as she embarked upon her film career and is today one of the highest paid actress in the World and one of India's most popular celebrities. Priyanka gained popularity not just for her roles in the films but also for her sense of style . She has received numerous awards and in 2016 Time Named her as one of the 100 most influential people in the World. Although Priyanka Chopra aspired to study Engineering or Psychiatry , she accepted offers to join the Indian Film History which came to her after she won in the Pageant making her debut in the film, ' The Hero' in 2003.

Her film Don was showcased at the 62nd Berlin International Film Festival at the 2012 International Film Festival of Marrakech in Morocco. Her very brave role as Jhilmil , an autistic woman in the film ' Barfi' opposite to a dumb and deaf man played by Ranbir Kapoor received unanimous praise for her portrayal she was nominated for the Best Actress Awards. To prepare for this role she had visited several mental institutions and spent time with the autistic people. The film is said to have earned Rs. 1.75 Billions worldwide.The film was chosen as India's entry for the 85th Academy Awards after Don 2 and Agneepath and Barfi ranked among the highest grossing Bollywood films of the year. Priyanka Chopra besides a flourishing career as a lead role in her films she also appeared in an Item Number in the film, 'Goliyon Ki Rasleela Ram-Leela by Sanjay Leela Bhansali in which she has executed a flawless contemporary mujra that incorporated complicated dance steps which shows her grace and poise. A sequel of film on Krrish with Hrithik Roshan, the film earned positive reviews . The film became a box office success . Priyanka Chopra to prepare for her role in Mary Kom, spent time with Kom and received four months of Boxing training. The film premiered at 2015 Toronot International Film Festival and received positive reviews from the Critics. her performance received acclaim worldwide. She won the Screen Awards for Best Actress for her role. and nomination for Filmfare Award. Chopra began writing an opinion column, "The Priyanka Chopra Column", for the Hindustan Times in 2009. She wrote a total of fifty columns for the newspaper.

After winning Miss India World, Priyanka Chopra was cast as the female lead in Abbas-Mustan's romantic thriller film, ' Humraaz' in 2002 which fell through for various reasons . She went on to do a film in Tamil, ' Thamizhan ' and later she signed her debut film , ' The Hero ' in 2003 she played the leading lady in the Box office hits,'Andaaz' in 2003 and ' Mujhse Shaadi Karogi' in 2004 and earned praises for her breakout role in 2004 thriller 'Aitraaz'. In 2006, Priyanka Choptra established herself as the Leading actress of Indian Cinema starring the in the top grossing films like 'Krrish' and 'Don'. Following a brief setback in her career, she played the role of a troubled Model in the film ' Fashion ' in 2008 which won her the National Film Award for Best Actress and the Filmfare Award for Best Actress and subsequently she won recognition for her versatility in portraying a range of unconventional characters . To name a few for her roles in Kaminey , 7 Khoon Maaf , Barfi, Mary Kom, Dil Dhadkne Do and Bajirao Mastani.all of which she received the Critical acclaim and several accolades . In 2015 she starred as Alex Parrish on the ABC Thriller series Quantico becoming the first Asian Woman to headline on American Network Series. Priyanka considers her first role as an Antagonist in the film, 'Aitraaz ' as the biggest learning experience of her career. The film was critical and gained commercial success and her performance received acclaim . Her role as the Sonya Roy gave birth to juicy articles by the Review Writers as she chews up every scene in this film with her magnetic performance on screen . She won the Filmfare Awards for Best Performance in a Negative Role and received nominations in Best Supporting Actress. Some of her best films were Waqt the Race Against time , Yakeen, Barsaat , Bluffmaster, Krrish, Koi Mil Gaya, Aap Ki Khatir , Salaam-e-Ishq, Kaminey , Big Brother, God Tussi Great Ho, Dostana , What's Your Raashee ? , Chamku ,Drona, Don, to name a few.

Abhishek Bachchan To Step Into Arjun Kapoor’s Shoes In Joh...


The Sky Is Pink